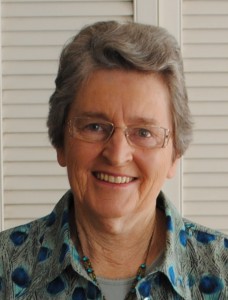 I first met Ann at the first workshop she did at the Logan Hyperdome Chiropractic Centre. Since then I’ve been to almost every workshop she has given there. As I went to each class I came to realise that maybe she could help me with problems that I was having with my gut. I had some food intolerances that I knew about, but over the years I’d become slack in keeping away from the foods that seemed to be only a slight problem to me, and that I liked to eat. It took me almost twelve months to finally decide I simply had to get help. I was having lots of problems with my gut, and it was getting to the point where every time I ate anything, my gut was not happy at all.

So early this year I arranged to get some help from Ann. I chose to do her 6 month programme because I needed more help than just for my gut.

I was also having problems with anxiety attacks. They had become such a problem that they were controlling my life. I felt like a cripple inside. Eventually medication stopped the severe onslaught of attacks, but I was still aware of the underlying anxiety that would bother me at times, even though the almost daily attacks had just about stopped due to the medication that I was on. Ann felt she could help me with both the healing of the gut and reduction of the anxiety problem.

I wanted to at least reduce the amount of medication I was on, and manage any anxiety I was still having better than I had before. But I was also afraid of trying to make the changes needed – I had a strange mixture of feelings. Then, about half way through the course, I experienced what I called a ‘shift’ in my attitude. It was as if I suddenly felt brave enough to tackle the problem and to gain the upper hand.  That was the beginning of my managing the anxiety rather than having it always managing me, and I was able to reduce my  medication as well. I realised that I had previously allowed my anxiety to control my life and I now knew that I could have a different perspective on it so that it no longer defined my days.

During the time that I was under Ann’s coaching, I experienced some serious losses in my life. During these times I found that Ann was not only a great coach for the healing of my body, but she also helped me tremendously in some of my attitudes to life. She was also a wonderful friend, a real help and caring support during some very difficult circumstances.

My body, mind and spirit have been fed and exercised in ways that I could never have imagined possible. However as a result I have experienced healing, enlightening and life-changing circumstances, whilst at all times being encouraged and supported along the way. Though I am in my seventies, I feel that I have a new purpose in life and I am really looking forward to my future. I would recommend Ann to anyone as she is a great coach in so many ways, where healing of both body and soul are needed.